Get to know the players!

Heard the cool kids were doing these posts for 2015, didn't want to be left out.

Interests: Programming, Magic the Gathering, Tolkien, watching quite a lot of youtube, tinkering around in Linux, Soccer, gaming (Civ 5 and modded Skyrim have taken about 700 hours of my life since August), and Reddit. Lots of Reddit.

Favorite New Movies: The Imitation Game (Cumberbatch is my favorite actor, Alan Turing is basically my historical idol, it's a good mix) and Interstellar at the moment. I don't see very many new movies though.

Favorite Youtube channels: ExtraCredits (a channel all about games and game design. Check it out!), Troye Sivan (somebody I would gladly marry), Tyler Oakley, Hannah Hart (she also has a great book!), Vlogbrothers (the Green brothers are just... amazing at everything), SciShow, CrashCourse, CPGGrey, and a ton more.

Favorite Podcasts (Listen to them between classes all the time): Hello Internet, Stuff You Should Know, WNYC Radiolab, all the NPR network, BBC Documentaries, Stuff You Missed in History Class, TEDTalks
Last edited by ltgmkay on Tue Sep 06, 2016 3:09 pm, edited 1 time in total.

Well I wanted to fill one of these out. Thinking of it like an intro. I don't have any character in the game right now. I plan on it soon though.

PO: Adryn Laeyaryl
Real name: Stoney Evans
DOB: 02/15/1990
POB: California
Location: California
Ocupation: Freelancer
Interests&hobbys: Roleplaying. Gaming. Reading. Tinkering with gfx. Building computer systems.
Favorite movies: I would say that I don't have a favorite movie. I like too many of them.
Favorite music: Almost the same as with the movies. I like Metalcore and EDM a lot though. Its been a min so im updating this. For the new players and old

PO: Azure Lynch, Keya, rogo, and two that shall remain a secret for now.

Name: Charles Lynch
Born 9/19/81
BirthPlace: Wurzburg, Germany
Graduated highschool in Plano Texas From Plano senior high Class of 2000
joined the airforce ended up in SC then moved to ga afterwards cause my friends Brawny and hexis live here and plus my mom.
I work on road construction Im the a*hole that keeps you from passing with only a stop sign. You have a heavy vehicle and i have and tin pole and plastic sign something aint fair.
lives In: Dublin GA.

Hello! I've only been playing a little while, but I enjoy introductions and it's helpful for sticking around longer.

I've been playing on and of for many years since 2006 and keep coming back. I simply love Illarion's crafting system and it feels like home. Now, my son has found joy in it as well - the next generation.

I supervise him whenever he's on, and am even on at the same time lately. I'm quite proud of his grasp of roleplaying and has already helped a few players around. I know and trust everyone will act appropriately with him and feel that this community is a safe place for him. Thank you all for that!

I've been away for awhile (counted in years), so I'll reintroduce myself.

Occupation: Retired, but still managing to have some fun.

Favorite Movies: The Longest Day, Patton, Star Wars, Star Trek (others as I think of them)(generally sci-fi and fantasy stuff)

Favorite TV shows: The Walking Dead, Game of Thrones, Tracks Ahead, (others as I think of them.)

I supervise him whenever he's on, and am even on at the same time lately. I'm quite proud of his grasp of roleplaying and has already helped a few players around. I know and trust everyone will act appropriately with him and feel that this community is a safe place for him. Thank you all for that!

Haha! Yeah, thanks. That was a picture just before an Imbolc ritual. He played the "Young God" for me (Antlers), lighting people's candles and bringing back the light of spring. He was very good in the role.

True story...we (Me and my son) wore 'masks' during the ceremony to represent the God and Goddess, and as soon as he lights the last candle, he dashed back to the house. Concerned, I finished up and ran after him. As I caught him at the house, I asked why he left so fast. He said "I didn't want them to know it was us!" Too cool!

Well it's been about 3 years since I did one of these and I think it's time for a slight update.

Name: Robert
Skype: Leondemelii@live.com
Characters: Leon Demelii, Gabriel Swarze, Razkissir, Tybalt Desecre, Rowan Narthwinn
DOB: May 31, 1991 (25)
Lives: Rhode Island, US
Occupation: Chef and being the greatest dad in the world.
Favorite Music: Avenged Sevenfold (My all time favorite), Insane Clown Posse, Twiztid, Madchild, Swollen Memebers, The Beatles, Led Zeppelin.... Honestly there is too many now that I think about it.
Favorite Movies: Snatch (Might have to be my favorite, but hard to say), Swearnet (And all the TPB films), Spiderman movies, Transporter films, This is the End, The Interview, Pineapple Express, The Martian, Jason Bourne films.. - This list could go on forever.
Favorite TV Shows: Dexter, Breaking Bad, Walking Dead, Trailer Park Boys, Archer, Psych, Bones, Scrubs, That's 70's Show, Weeds, Reno 911... (Again the list goes on)
Favorite Books: I love reading about serial killers so anything on that, Tucker Max books are awesome and also Paul Ekman books are pretty good.
Interests: I like to cook and learn new things. I play guitar and am fairly good at it, as well as repairing the damn things. I like to watch movies, TV, playing Illarion (Duh). My biggest interest would have to be spending time with my daughter because she is absolutely perfect in every possible way. I also like women and they like me.
Random Facts: I can be extremely sarcastic to the point of confusing people or pissing them off completely. I love to be funny and sometimes I tend to go too far (But if you can't take a joke - f*** off). I also have a very caring side for people I grow fond of. If I like you, I will be next to you even when you are 100% wrong - Family and friendship is a big concept to me.

Here are a few new pics, one of just me and two with me and my daughter, Temperance

Mother gone for three years now. I`ve finished the last book she gave me. "Star of the Unborn". Took me less then a week.
F.W. makes me think that the key i`ve been longing for, more then twenty years now, is not an artifact granting limitless power by manipulation and assimilation of matter.
He calls it "Isochronion". And it does not grant direct power yet sentience. The sentience beeing able to percept multiple... entities... on different scales...embedded one in another...upward and downward.
*Rubs eyes.*
Don`t know. I can feel. It makes sense... *sighs*... power through sentience. I should have known. That there is something else beside MIGHT and RESPONSIBILITY. Something beside giving and taking.
Sorry, bit tired. The pieces fit one to another, much too much.

About 10 months ago I`ve left Illal behind (almost), and Chernarus (totally), and the bottle (18months-1day).

I`m fine. Not much in the mire. Working as much i`m able to

*Rises the quill in the left hand.* Lesabéndio !

I updated my post, with a new picture! Check out my sweet Galmairian hoodie. And I just got a new tattoo! XD Location: Born and raised for 29 years in Massachusetts. Just moved down to Southwestern Florida. Very south.

Hobbies: Listening to all types of music all the time, playing Clash of Clans and Boom Beach on my phone, reading fantasy books preferably series and long books for each one, exercising though I have been slacking the past month or two, I like dungeons and dragons and magic the gathering but have never found others to play with so that is kind of disappointing, helping others because it gives me purpose and even though my life may suck there is a chance I can make someone else have a better one, fishing, going out looking for snakes and other reptiles and animals, and volunteering at my dog shelter.

Occupation: Painter, but I am about to go take classes to get certified as an American Sign Language interpreter. Then for a Spanish translator. I know a lot of both already I just need to make it official.

That is about it for me, I will add a picture if I ever figure out how to. 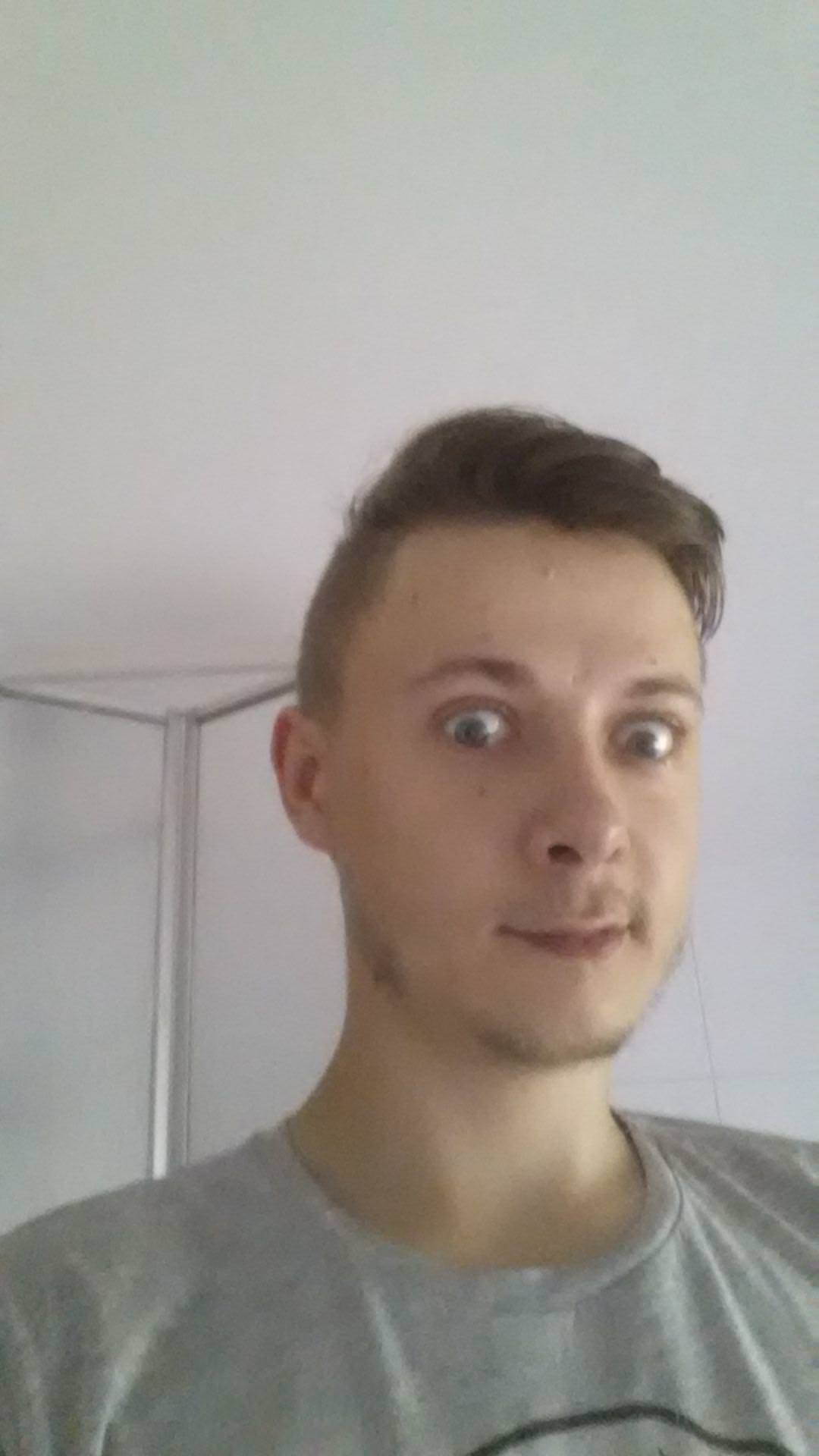 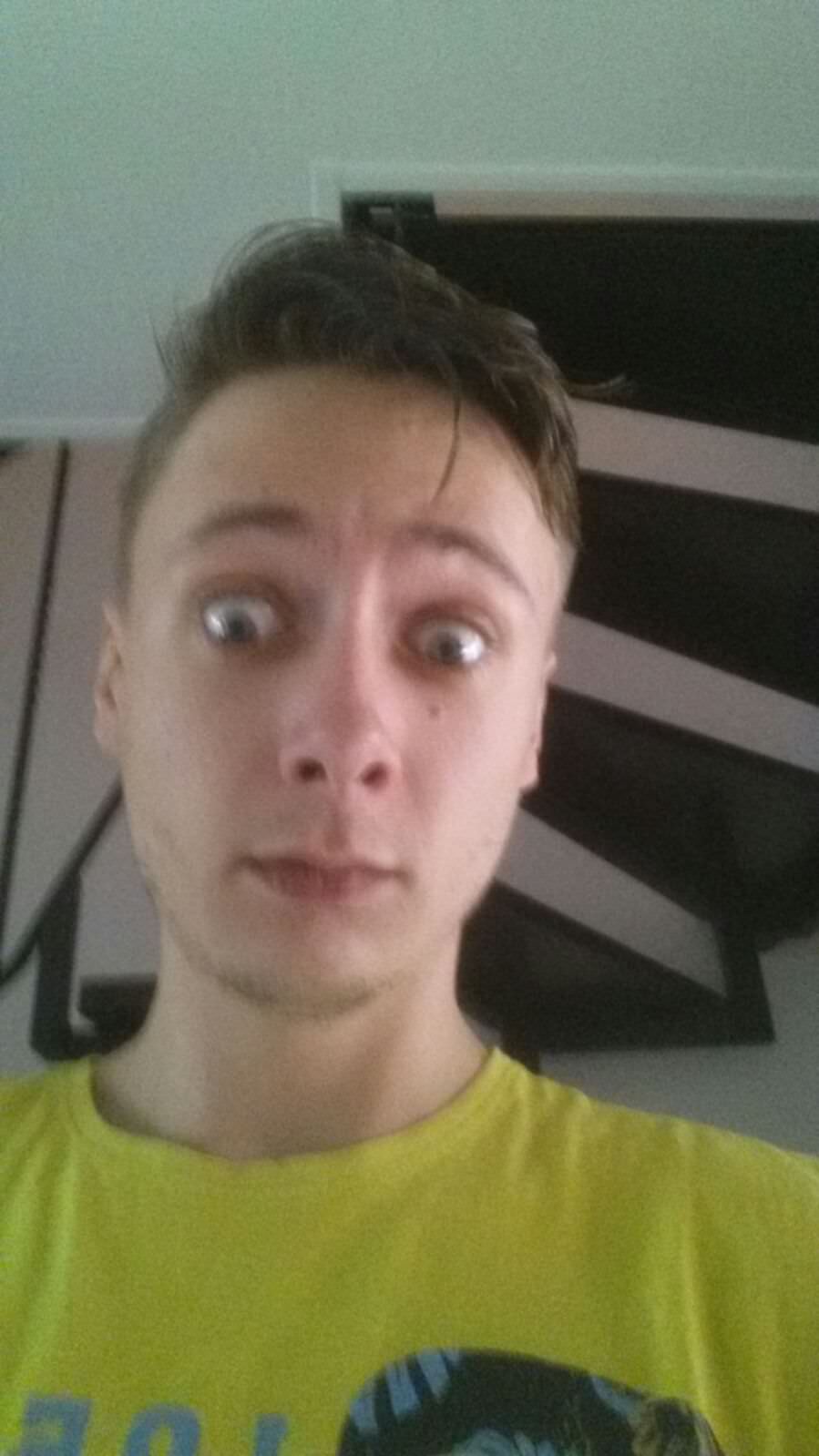